The Economic Importance of the Maritime Industry 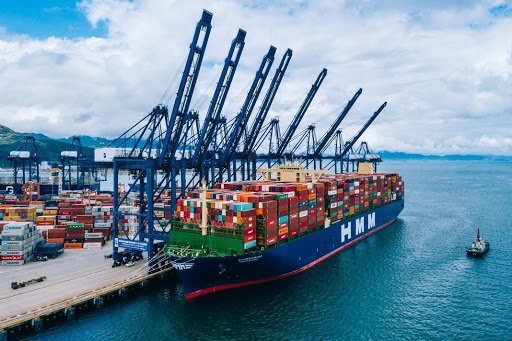 The Economic Importance of the Maritime Industry

The maritime sector makes considerable contributions to economies all over the world. In some countries, this industry forms the foundation of those countries’ economic growth and development. The global maritime industry has been growing at an impressive rate.

According to the United Nations Conference on Trade and Development, the value of international maritime trade is expected to increase by around 3.4% at the conclusion of a five-year period which will end in 2024. This growth will primarily be driven by especially rapid growth rates in containerized and dry bulk cargoes. Their compound annual growth rates over this same five-year period have been projected to be around 4.5% and 3.9% respectively.

In the 20-year period from 1996 to 2016, the maritime industry experienced a tremendous expansion. World seaborne trade increased by 112% over these two decades. By way of comparison, the world’s total GDP increased by 73% over the same period. Thus, the maritime industry is growing at around 1.5 times the global economy’s growth rate. Statistics compiled by the International Maritime Organization (IMO) show that around 90% of all international trade is carried out by sea.

Why is Maritime an important industry?

As might be expected of such a powerful and thriving industry, the maritime industry is a key driver of economic growth. Seaports and activities which take place within them add significant economic value to the countries in which they are located. These activities include operation of maritime transport agencies, maritime and coastal water transport, storage of goods in seaports, and several other activities which support maritime transport. Some ships might even have to pay rent which is charged for the use of the ports as part of transit shipping routes; this rent also comprises part of the economic gain brought about by the maritime industry.

The global demand for shipping has been gradually increasing. The more the demand for shipping, the greater the economic output which will be generated. This is because a high volume of shipping activity facilitates international trade which benefits industries spanning from finance to insurance to real estate to even law – and many others besides. As companies and corporations in these varying fields interact through improved connections via the maritime industry, various industries will be able to operate to the very best of their abilities and thus drive economic growth and development.

Indirect employment includes those who work in jobs related to supply chains. Induced employment refers to workers who impact the industry through methods involving wider spending. Some of the primary forms of employment within the maritime industry are related to marine engineering, maritime business services, shipping, and marine offshore oil and gas.

This network can be best served by utilizing resources invested in research and development to provide the industry with advantages of all sorts; these advantages will ultimately increase the industry’s economic and commercial viability, in turn increasing the value of its economic contributions.

Build your career with us

Now that we have established that the maritime industry is a critical part of the global economy, perhaps you might be interested in joining it. Ranaco Education & Training Institute offers a Diploma in Marine Cargo Surveying. Upon graduation, you can take to the seas and begin a new maritime career.

Subjects in this rigorous yet highly informative course include ship science, shipping economics, marine safety, commercial law, and marine insurance. Graduates will have received considerable knowledge and training in matters regarding shipping, logistics and transport, import and export, and survey inspection management. They may proceed to seek careers as marine surveyors, warehousing supervisors, ship agents, marine department officers, and a host of other coveted and rewarding jobs.

Let Ranaco Education & Training Institute put you on the path towards a new life on the waters. Get in touch with us today!