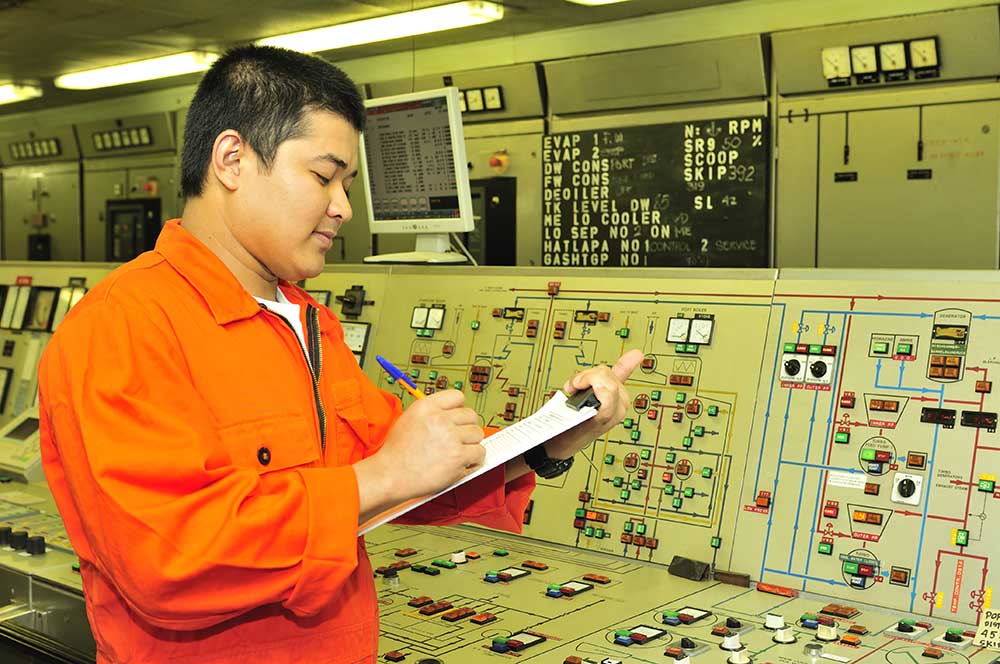 Engineering is a field which is lucrative, full of job opportunities, and above all else, critical to society. Without skilled engineers, construction projects could not be completed, technological development would not take place, and the world would be much less connected than it is today.

One area of engineering which has become the focus of much attention in recent times is that of marine engineering. The importance of capable marine engineers has been increasing; they arguably play a more important role now than they ever have before.

The primary tasks of a marine engineer typically concern the design, building, and maintenance of ships and boats. Such ships may include anything from sailboats to tankers to submarines and many more besides. Marine engineers often work alongside naval architects. Most of a marine engineer’s work is done from an office. In the office, they will normally use computer software and other tools to analyze projects and design solutions. They will also go to sea from time to time; when they do so, it is normally for testing or maintenance purposes.

Marine engineers also work on offshore platforms as well as drilling equipment. This area of marine engineering normally requires more work outdoors than does their tasks related to ships and boats. When they work on offshore platforms and drilling equipment, they usually deal with matters such as maintenance and repairs of mechanical systems of oil rigs and other similar structures.

Marine engineers are also accountable for the operation, maintenance, and repair of the most important mechanical and engineered equipment which can be found on a ship. Examples of such equipment include systems linked to fuel, lubrication, electricity and power generation, air conditioning, lighting, and water distillation.

Why are marine engineers important?

There are several reasons why marine engineers are extremely important. For example, they play an underappreciated but extremely significant role in maintaining the proper function of the global economy. Large portions of international trade and commerce depend on ships. Should any of these ships encounter technical issues, marine engineers have to step in to correct the problems. Without marine engineers, the economic balance of entire countries might experience unnecessary disruptions.

Marine engineers also help to keep their countries safe. Many marine engineers work with their countries’ governments to assist with the development, building, and maintenance of military watercraft including aircraft carriers, ocean survey vessels, and submarines. Once marine engineers ensure that such watercraft are fit for use and fulfill all requirements related to the environment and safety, they will then be used by a country’s defense forces in their constant efforts to protect the country and its maritime borders.

The field of marine engineering in Malaysia is one which is experiencing much growth today. Malaysia’s dependence on its maritime sector continues to increase because its many ports have been taking on increasing quantities of cargo and shipping containers in recent years. Thus, the demand for marine engineers in Malaysia has increased to a remarkable degree. In fact, statistics show that almost every graduate from a marine engineering course in Malaysia finds a job easily due to the extremely high demand. In addition, the country’s high dependence on oil and gas for economic growth further increases the need for competent marine engineers. This is because these fuels are extracted from the sea; thus, marine engineers are always in need because they are a fundamental part of Malaysia’s economic development.

Let’s contribute toward the growth of marine engineers

Ranaco Education & Training Institute’s Diploma in Marine Engineering provides all the knowledge a student would ever need to become a capable and successful marine engineer. All graduates of this diploma program end up with the requisite education, training, and skill required to truly make their mark on this rapidly-growing, essential industry.

Students will learn a great deal about every aspect of marine engineering, allowing them to properly identify and address any issues related to operations and repairs. In order to familiarize students with practical elements of marine engineering, we introduce them to lathe machines and welding. Our students also study subjects including electronics, engineering design, instrumentation, and naval architecture and ship construction.

At Ranaco Education & Training Institute, we are always eager to listen to feedback. Do get in touch with us – we are willing to discuss any points you’d like to address.