The Role of Food as Art

HomeNewsThe Role of Food as Art 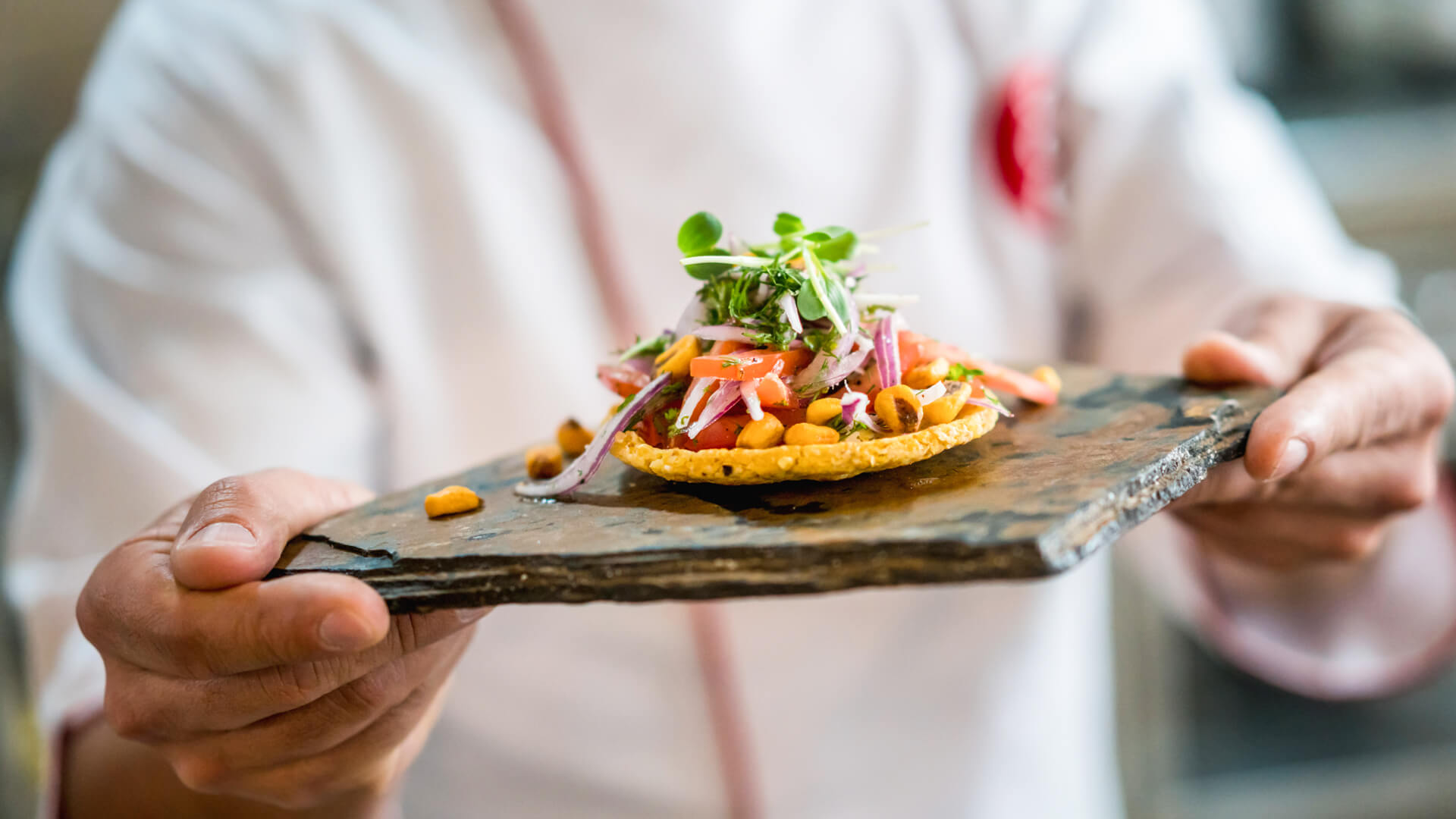 The Role of Food as Art

Food as an art medium

At its most basic level, most would not consider food to be an art form at face value. First and foremost, food is intended to be a form of sustenance for our bodies, enabling us to function properly as we go about our daily lives. However, after we take a deeper dive into the world of food, we will soon find that some of the most remarkable artistic creations known to humanity can be found in the form of edible substances.

In recent times, the idea of food as art has gained increased traction among the public. Television shows such as Masterchef, Top Chef, and Chopped have placed much emphasis on not only the taste of the food, but also the visual appeal of the food, popularly known as “plating”.

Due to this increased media exposure, most people have become more receptive to concepts surrounding the visual appeal of food. That being said, media exposure and mass appeal alone do not constitute the only reasons why food can and should be regarded as art; food has an inherent aesthetic value which can be brought out by true culinary artistic geniuses.

Food as a creativity interpretation

Many an elite chef has expressed creativity through food. The evolution of food can be seen as a representation of human progress, invention, and development. Certainly, the visually spectacular culinary creations of today are a far cry from what our primitive ancestors served up thousands of years ago. Food as art therefore represents human imagination at its very best.

Indeed, food as art showcases our ability to innovate, adapt, and create no matter the external circumstances. Today, almost every commercial food provider from street food vendors to fine dining restaurants has placed a premium on the artistic value of food; they continue to push the envelope as far as food’s role as art is concerned.

The idea of art itself is linked to an emotional, sensual response that we feel in the deepest parts of our minds and hearts. This is another key reason why food can represent true artistic brilliance – it combines both visual appeal and an emotional response. Surely we’ve all heard of phrases such as “comfort food” or “stress eating”; these terms provide ample evidence that food evokes a deep emotional response within so many of us. When we pair this emotional impact with impressive aesthetic imagery, it becomes impossible to deny that food can be regarded as an art form worthy of acclaim at its highest level.

Although food might neither have a specific representative meaning nor the permanence of other art forms, one other fact can be considered: the visual appeal of food can be a point of contemplation. This makes it similar to other visual art forms; thus, this represents another important way that food plays the role of an art form.

In recent times, the overlap between food and art has come full circle. Many of the world’s finest artists have chosen to use edible items in their signature works of art.

The demand for food with not only an incredible taste, but also dazzling aesthetic qualities has soared all over the world, including in Malaysia. Since this is the case, why not take advantage of this booming trend? Ranaco Education & Training Institute offers a Diploma in Culinary Arts to anyone keen on making a living out of creating food which is simultaneously flavourful and visually spectacular.

This course lasts for two years and six months; it runs for seven semesters and includes industrial training. Students can expect to learn a great deal about topics such as food studies, advanced culinary skills, Asian cuisine, professional pastry skills, and many other aspects of culinary arts.

Our graduates have gone on to land highly-coveted jobs in restaurants, catering businesses, and even hotels, resorts, and cruise ships. Some have even taken the initiative to start thriving food-related businesses of their own.

Ready to make your food dreams a reality? Then contact us at Ranaco Education & Training Institute today. We look forward to your arrival.